Australia is seeing a boom in superyachts, with vessels attracted to Australia and its buoyant domestic
charter market. Australians normally spend $65B annually in international travel and with borders closed
many superyachts have moved to Australia to offer a luxury alternative to overseas travel. This increase in
charter activity in Australian waters provides a huge economic lift with vessels spending around 10-12% of
their value in operational expenditure annually making every 50m vessel worth between $5-6M in economic
spend into a region per year.

This increase in vessels has a direct correlation to the new charter legislation passed by the federal
government in December 2019. The passing of the Special Recreation Vessels (SRV) Act of 2019, coupled
with the closure of international borders have contributed to an accelerated growth of the industry, drawing
larger superyachts to be based in Australian waters.

The SRV Act removed red tape restrictions on superyachts operating commercially in Australian waters.
Prior to this Act becoming law, the largest domestic charter yacht was 42m (138ft); now the largest
Australian based yacht is 74.5m (244ft) which is one of eight vessels over 50m now based in Australia
since the passage of the Act.

The resulting benefit is a significant rise of jobs across the Australian marine industry. The boom in big
boats means a boom for shore-based jobs and investment in infrastructure to support them.

“We look forward to having more Australian built superyachts based here in Australia. With such
spectacular cruising grounds and two of the world’s best superyacht manufacturers, its only a matter of
time before we will see a large Australian-built superyacht chartering here and showcasing the absolute
best of Australia.” commented David Good, CEO, Superyacht Australia.

With continued global growth of the superyacht industry, new legislation allowing foreign owned vessels to
charter in Australian waters and the expansion of infrastructure will all result in a significant boost to the
Australian economy and job opportunities. 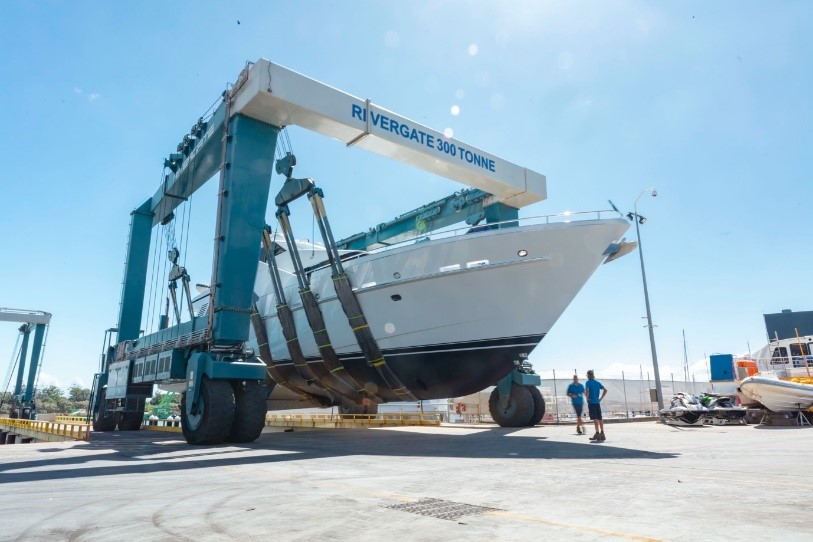