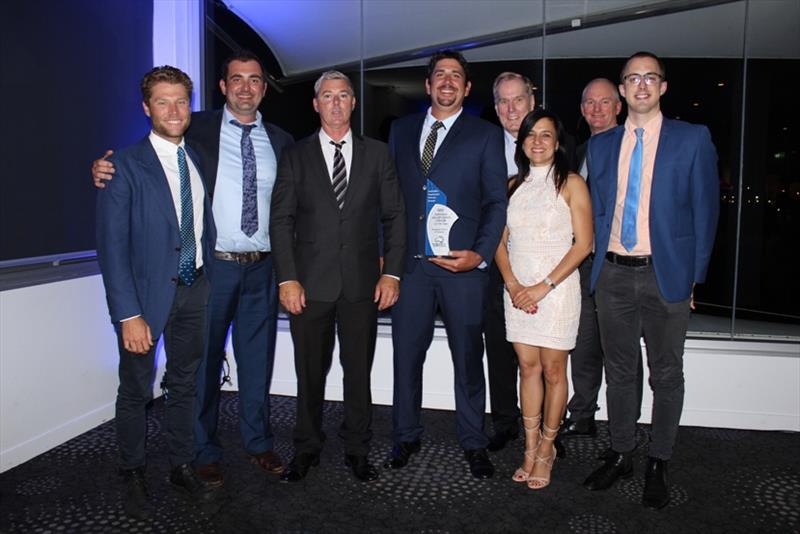 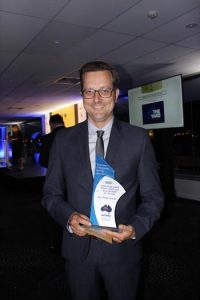 Judges praised Rivergate for its international reputation, as evidenced in the recent visit of 57.7m Amels superyacht, MY DANCING HARE for complex refit works.

DANCING HARE spent two stints at Rivergate – two months from late August to early October 2019, and a period from the end of October until early December, punctuated by an owners’ voyage to The Whitsundays.

The marine service businesses based at Rivergate and hundreds of contractors benefited from DANCING HARE’S visits to Rivergate.

Around 50 different marine trades were used on the first refit with each trade applying at least two people and some trades up to 10 people. At any one time, Rivergate’s Project Management team, led by Angus Paterson, coordinated between 20 and 40 workers onboard.

Andrew Cannon, General Manager thanked the Rivergate team and attributed the win to the consistently high calibre work and dedication of tenants and contractors based at Rivergate.

“Our sole focus at Rivergate is the satisfaction of owners and Captains. For 12 years we have been serving the superyacht industry with that goal in mind, as well as promoting Australia as the ideal destination for international superyachts.”

In the Commercial Marine Awards, the first award of the evening for Commercial Marine Project/Design or Manufacturer of the Year went to Aus Ships Group, based at Rivergate, and was accepted by Founder and Managing Director, Tommy Ericson.

Aus Ships were recognised for their successful design and delivery of the first of eight new-generation CityCats for the City of Brisbane.

In accepting the Award, Tommy paid tribute to the Aus Ships team. “This is testament to the ingenuity and quality of vessels designed and built in Australia. We can manufacture world-class vessels competitively.”

A new category was added this year; Apprentice of the Year. Among an impressive line-up of seven finalists, two contenders are employed by Aus Ships Group: Jasmine Willoughby and Robbie Beale. 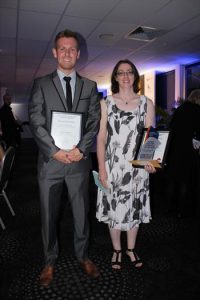 The Judges chose Jasmine Willoughby as the inaugural Apprentice of the Year. Aus Ships, Rivergate, TAFE and East Coast Apprenticeships were thrilled to congratulate Jasmine on her Award and unanimously praised her for her dedication, motivation and passion for the trade.

Jasmine is a graduate of East Coast Apprenticeships’ Launch into Work Project aimed at growing the skills base for the superyacht sector. The course was delivered by TAFE Queensland SkillsTech and designed to cover what employers were seeking: apprentices proficient in aluminium MIG welding applicable to boat building and repairs.

Part of Jasmine’s prize is a trip to Amsterdam to attend the 2021 METSTRADE Show as part of the AIMEX delegation, broadening her exposure to the international superyacht industry.

With a Degree in Biomedical Science, Jasmine previously worked as a Pharmacy Assistant and was keen on pursuing a career in Science, but her interest in woodwork inspired her to apply for a place in the Superyacht Welding Program through East Coast Apprenticeships.

Jasmine graduated from the program with a Certificate II in Engineering Pathways. She completed the required work experience with Aus Ships who then offered her an apprenticeship in May 2019.

“My employment at Aus Ships allows me exposure to several different trades so I have also built on skills and knowledge outside of my trade qualification. What I like most about the superyacht industry is that it’s never repetitive. I can apply my skills to all part of a vessel during construction.”

Elated by her win, Jasmine remains focused on finishing her apprenticeship and attaining a 6G certification.

“I would also like to advance my knowledge of design by undertaking AutoCAD courses. Taking that further and completing an engineering course is something that I’m considering. I would love to take the skills and knowledge from my apprenticeship further into my own business one day.”

Aus Ships Group worked with ECA Maritime College in assessing candidates, providing briefing and training sessions throughout the training program, and hosting three of the candidates for workplace experience as part of the program.

According to Tommy Ericson, Aus Ships Group Director “All participants in the program showed a very high level of enthusiasm, likely a result of the stringent application process and the fact that they needed to dedicate 12 weeks of their own time without income.

“By the end of the three-month program, their skills evolved significantly from technical skills to operational practices, making them work ready by the end of the program.”

“Jasmine shows great potential to become senior trade professionals in the marine industry,” Tommy stated. “Her commitment to her own development and that of the team is exceptional. The broad skills she is learning will pave the way to move up in our business and likely lead to her own in the years to come.”

Rivergate Marina & Shipyard congratulates all the winners and nominees of the 2020 Australian Marine Industry Awards and gratitude to AIMEX Superyacht Australia and the Australian Commercial Marine Group for their organisation of the Awards and continued advocacy for the industry. 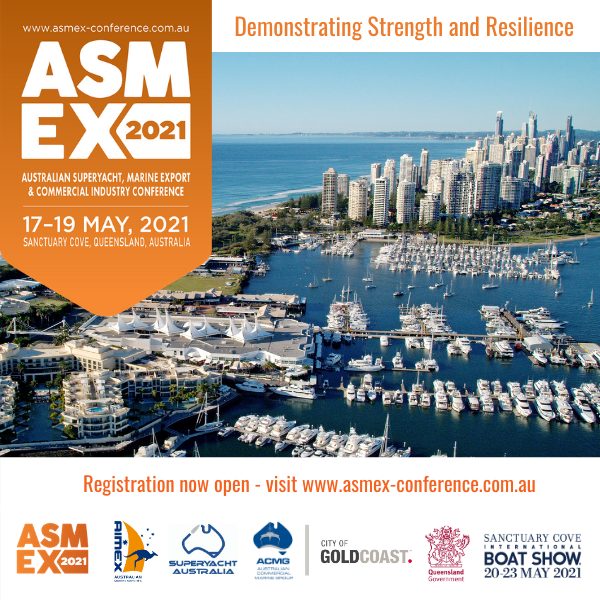