SailGP to return to Sydney Harbour in three-season agreement 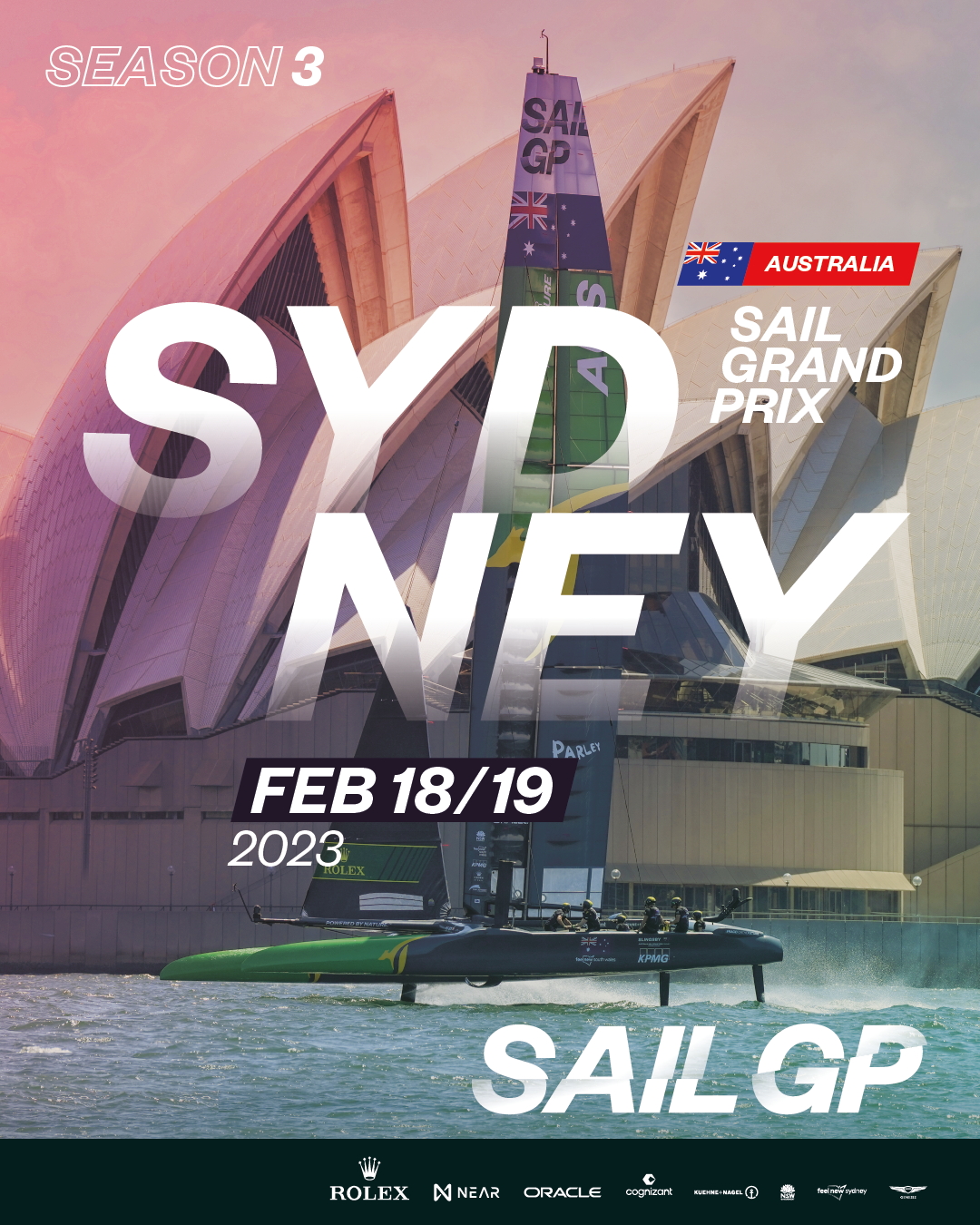 Together with the New South Wales Government, Sydney has secured the rights to host the most exciting racing on-water, SailGP, for three consecutive seasons. The championship will return to the iconic Sydney Harbour on February 18 and 19 2023, in the ninth event of SailGP Season 3.

The ten teams competing in Season 3 – including new franchises Canada and Switzerland and returning nations Australia, Denmark, France, Great Britain, Japan, New Zealand, Spain and the United States – will race on the spectacular Sydney Harbour in the league’s largest season roster to date.

The Australia Sail Grand Prix joins the ten events already announced for Season 3, with the championship having commenced in Bermuda in May this year. From there, the fleet – comprising the sport’s best athletes – will head to Chicago, Plymouth, Copenhagen, Saint-Tropez, Cádiz-Andalucía, Dubai, Singapore, Sydney, New Zealand and San Francisco.

The NSW Government, through its tourism and major events agency Destination NSW, will join as the Official Host Venue Partner of the Australia Sail Grand Prix I Sydney, in a three season deal. Together, SailGP and the NSW Government will showcase Sydney as a world-class destination for leisure and business travel, with a focus on driving domestic visitor growth and expenditure.

Stuart Ayres, Minister for Tourism and Sport, said: “I am delighted we have secured the Australia Sail Grand Prix on Sydney Harbour for the next three seasons, which further demonstrates that Sydney is bouncing back to life and is well-and-truly open for business. As one of only eleven iconic locations in the global SailGP league, the Australia Sail Grand Prix will provide a significant boost to the state’s visitor economy by showcasing our spectacular Harbour City to the world. This is another incredible addition to the calendar of world-class international sporting events we are building exclusively for Sydney and the state to deliver on our goal of making NSW the events capital and premier visitor of the Asia Pacific.”

Tom Slingsby, Australia SailGP Team Driver and CEO, said: “We are stoked to be able to work with the NSW Government to secure this world-class event in Australia for the next three years. Now having ten F50’s lined up and racing for the first time on Sydney Harbour is going to be a pretty incredible sight for fans and with the calibre of athletes we have on these boats in Season 3, we can expect action-packed and very close racing. We won in front of our home crowd at last year’s Sydney event and our team is laser-focused on repeating that again for Australia.” 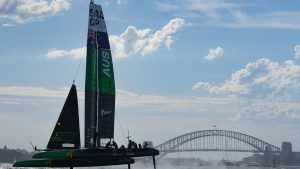 With SailGP going from strength to strength in Season 3 and returning to Sydney for the fourth time since the league’s inception, SailGP also announces an exciting partnership with Genesis, a global luxury automotive brand that delivers performance and innovation, with a focus towards a more sustainable future.

Genesis will join as Official Automotive Partner for the Australia Sail Grand Prix I Sydney, in a multi-year deal. Genesis supports SailGP’s purpose-led agenda for a better planet, with its commitment to becoming a 100% zero-emission vehicle brand by 2030 and to pursuing carbon neutrality by 2035.

Connal Yan, Head of Genesis Motors Australia, said: “Genesis Motors is thrilled to be partnering with SailGP and the New South Wales Government to bring this world-class event to the iconic Sydney Harbour. This partnership represents Genesis Motors’ first foray into sailing, providing us with a great opportunity to showcase our progressive and audacious brand to a global audience.”

Chris Gilbert, Managing Director of IMG Australia & New Zealand, said: “We are delighted to bring Genesis on board and extend our valued partnership with the NSW Government and Destination NSW. Set against the backdrop of the Sydney Opera House and Harbour Bridge, SailGP offers Sydneysiders and visitors alike an unforgettable live event experience and is the perfect tourism postcard for Sydney.”

SailGP will continue to Race for the Future in Season 3, as the first climate-positive sports and entertainment property it ensures its host cities share a commitment to climate action and a cleaner future. Season 3 sees the return of the world-first Impact League, tracking the positive actions teams make in terms of sustainability and inclusivity.

A range of on-water and on-land fan experiences will be on offer for the event providing Australian fans with a front-row seat to witness the most technologically advanced catamarans ripping through Sydney Harbour at breathtaking speeds of up to 100 kilometres per hour (km/h).

Story from: SailGP to return to Sydney Harbour in three-season agreement | SailGP