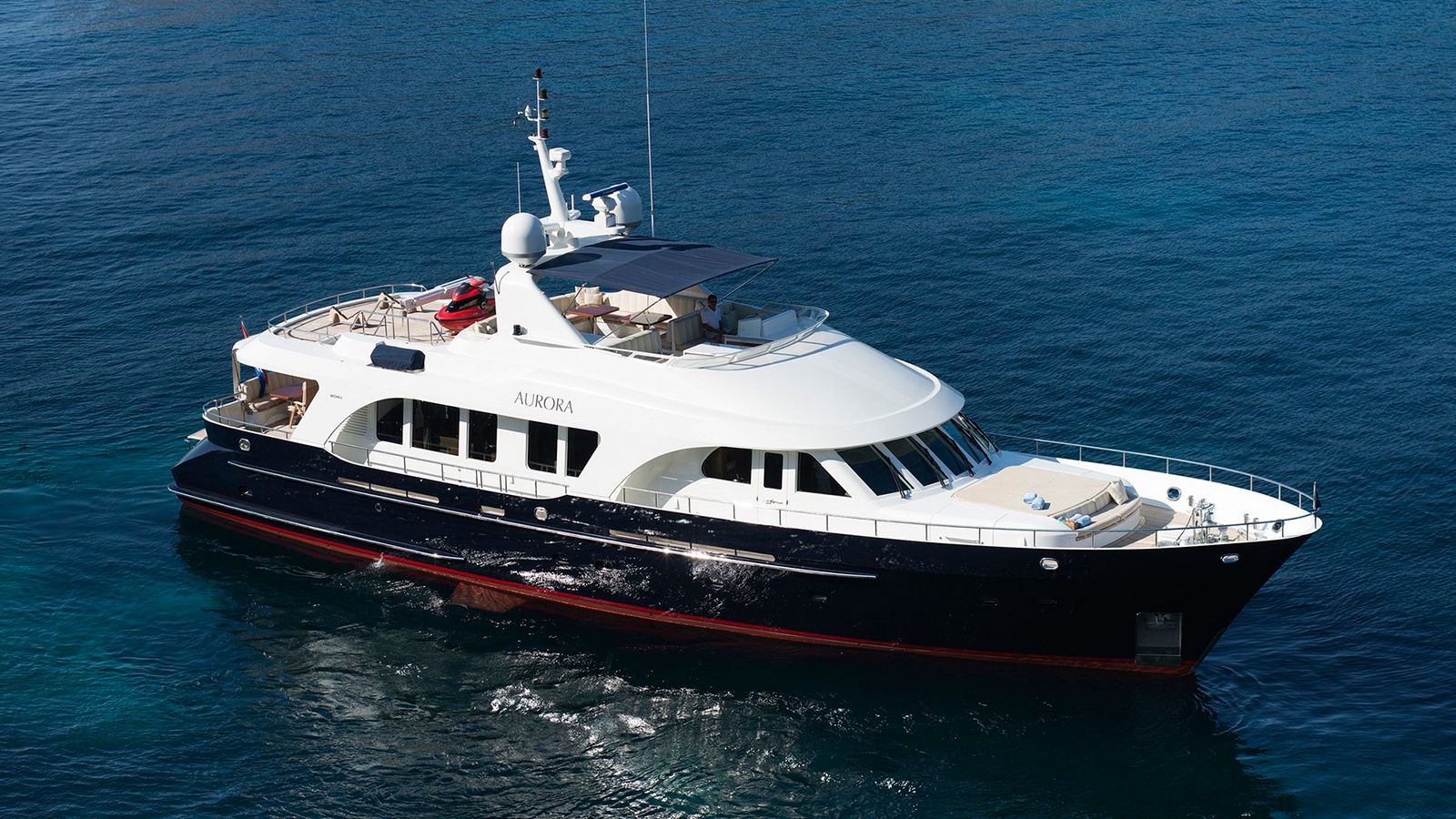 The 25.7 metre Moonen motor yacht Aurora, listed for sale by Matt Walford at d’Albora Marine in Australia, has been sold in an in-house deal.

Built in steel and aluminium by Dutch yard Moonen to a design by Rene van der Velden, she was delivered in 2004 fully equipped for extended sea voyages. An interior in high gloss cherry wood accommodates up to eight guests in four cabins. These consist of a master suite, VIP suite and a twin along with a single cabin with a rowing machine which could be converted into a further twin, and all cabins have en suite bathroom facilities. 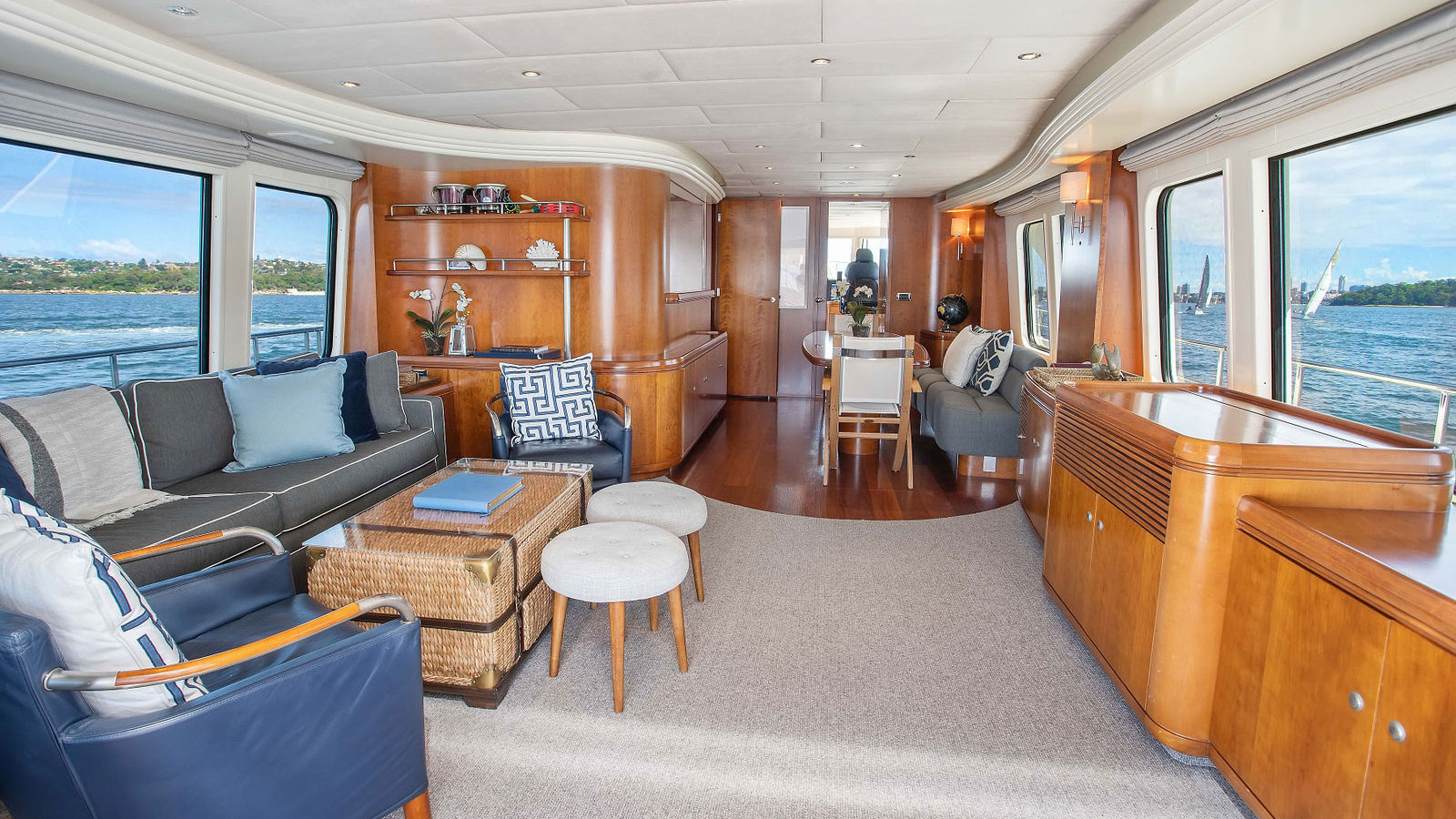 A generous main saloon has a lounge area with comfortable seating, panoramic windows and an entertainment centre including a satellite television screen while her galley forward can be closed off with an electrically operated panel.

The exterior offers several areas for outdoor entertainment, including the aft deck with built in upholstered seating, and an expansive flybridge with a bar, gourmet grill and fridge. 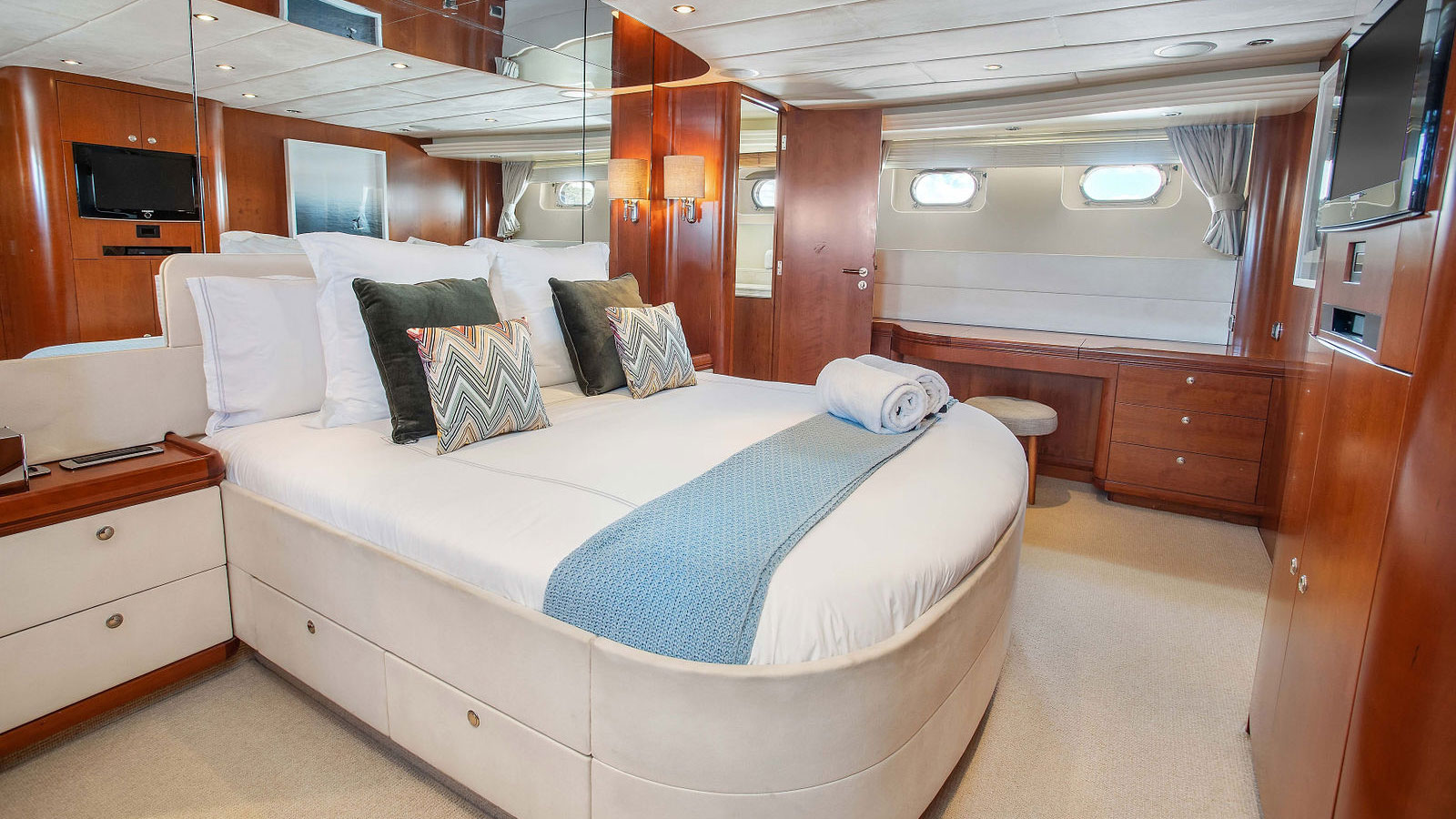 Twin 480hp Caterpillar engines give her a cruising speed of 11 knots and a range of 2,900 nautical miles at 9 knots. Aurora